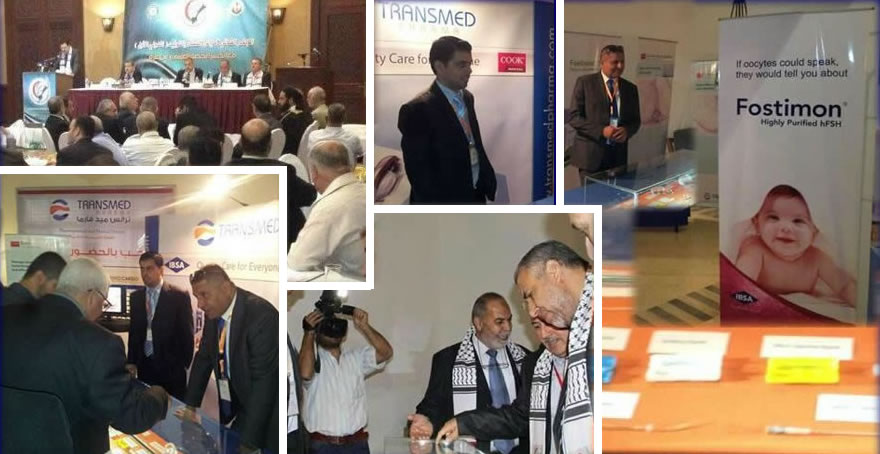 Gaza, May 2, 2013 – For the second year in a row, Transmed Pharma has participated as an exhibitor in the 2nd Medical Conference on Gynecology and Obstetrics in Gaza city. Our booth showcased key products by Cook Medical (USA) and IBSA (Switzerland) in the therapeutic areas of high-risk obstetrics, ovulation induction and In Vitro Fertilization or IVF. Attendees of this conference included Ob/Gyn physicians, IVF doctors and embryologists. The conference was also attended public health professionals from the Palestinian Ministry of Health in Gaza.